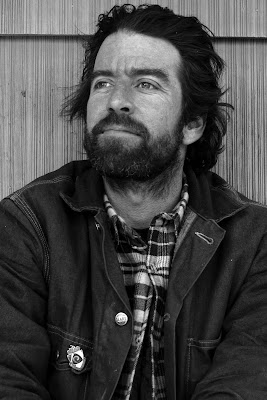 Is Max Schaaf your real name?
Yes… that is the name I was born with.


So Max, for anyone that doesn't know, who are you and where do you come from?
I was born in Pittsburgh, Pa. We moved to the bay area when i was two.  My parents had just split up and my Dad came out here for a job.


Has the economic downturn of last few years forced you to rethink the way you go out to eat?
..makes me respect eating out more.  Had a cheeseburger from mc Donald's today, should have avoided that.  Lot's of good food around here and one of our friends has opened an a super good restaurant so it's tuff not to go there...... but yeah we eat out less.  It's pricey.


We know that you will always have bikes in the works, but what about other things. Anything coming out we need to watch for?
Working on some jewelry with a friend of mine that makes cool stuff.  The wife and I have been working on a new compound too... Nice old house with a corner store down below... Which will be the space I use to work on bikes.  It's smaller and the neighborhood is little rougher but it should be nice. 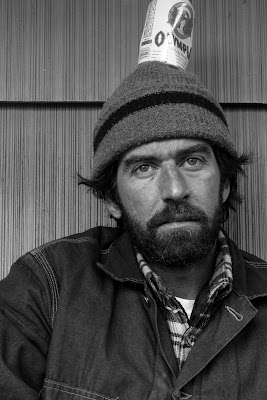 What are your top 5 bands?
Fuck 5 is too hard.
If i was stuck on a deserted island.
Sabbath
Thin Lizzy
The Jam
The Smiths
Leonard Cohen
David Bowie
The Clash
Bob Dyaln
Howlin' Wolf
Waylon
X
Too Short
Amebix
...... how many is that?


What bar in your area has the best jukebox?
They're all getting taken out... Biggums Sliver Lion had it... that bar closed.
Now there all digital. This place the Kings X has an ok one.


Do you have a good East Oakland story? Is it as scary as people say?
Fuck yes it is. It's a warzone.
Yeah I have a story.... I went out to East Oakland to buy some parts about eight years ago. I gotta keep some of this kinda vague... but basically I go behind this dudes place and climb up on the roof where he kept some of the parts. It was a flat roof.. So I see what I need, basically some pipes, and a fender.
I was ready to give him the dough and boogie out of there, he told me  to "chill lets hangout,  you smoke? I said  "Yeah, I smoke"
Dude was kinda checkin on me to see if i was "cool"
Saw he rolls the thing up and passes it to me..... It tasted really odd. I had taken kind of a weak hit.... By the time he handed it back I smelled it and it was off.... So I bill clinton-ed it and just waited
for him to finish. By the time I went to leave I could barley pick up the parts. He just laughed. Tasted like bug spray in mouth. Finally made it to the street threw the shit in the back of my truck and drove  60 mph in 2nd gear on the freeway for about 5 miles. Went home , balance was jacked.. Sweating bullets and laid on the couch with the blankets over my head for hours.  Ever "got wet"???
That's my East O story. not hyphy, not gangster.... just fucked. 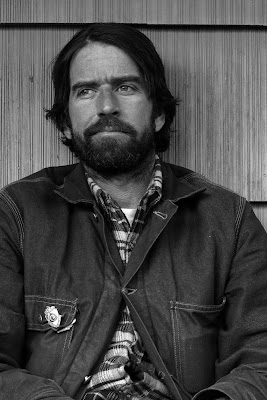 Did you ever get a chance to skate with or meet Andy Kessler?
Yeah I did, in Brooklyn at the Autumn Bowl. He was rad. Kinda reminded me of Cole Foster.  Just a cool vibe.  He did that thing most people don't do these days.... He said " Hey man your Max right?  I'm Andy"  Way humbling. He skated fast and low on his board... Rad style. We skated for hours that night.  Really good time. My friends out there were devastated when he passed... Super sad.  I'm really glad I got a chance to meet him.


So I heard you are moving to Canada, can you tell us why?
What?  No… I would get stuck in Portland on the way up there. Austin, TX, Chicago or just a little north of here....  I like Canada but I'm not going anywhere.


If you ever come to Iowa, will you let us take you out on some dirt roads drinking and driving?
Yes… As long as there's not a rope around my ankles attached to your hitch.


Whats better, skater chicks or biker babes?
Bobbed out blader babes.  I have no idea.


Whats your daily driver?
For almost the last year it's my 54 pickup or my Shovelhead.. I need a little beater real bad. been looking at those 3cyl Geo Metros. 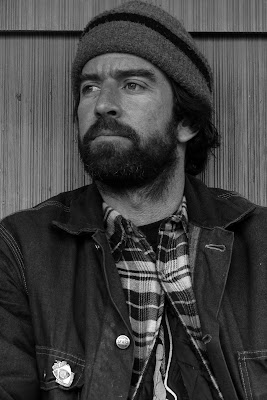 Ok so since you’ve been around the block, what is the best and worst thing about chopping right now?
The best thing for me... Is that there's always seems to be something to learn.  There are people
doing cool inspiring stuff all over the world.  People like Cole who have so much talent and are
friendly about sharing it with others.  The very best thing is that we get to ride what we have created
and somehow they haven't outlawed it.  The freedom we have to build what we want in our choppers is amazing.  99% percent of the mouth breathers out there don't get it and never will and they might even own a Harley. Worst thing...... The homogenization.  Trying to wrap it all up into all ball and sell it.  People trying to cash in on the "New Generation" of choppers.  The same dudes that were into mini trucks, grunge, ratrods.. and whatever else someone is trying to sell... But all that doesn't really matter unless you you want it to.  The good is way more than the bad.  But maybe i'm just up north here and the "scene" is real small.

Thanks so much Jeff.
Taker easy- Max

hes one cool man that dude.

I have no idea who that guy is and i feel like im less of a man for it. Great read!

If ya liked him here check out his bit on VBS.tv