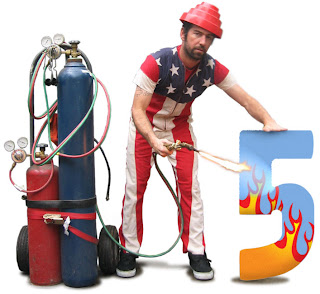 Email ThisBlogThis!Share to TwitterShare to FacebookShare to Pinterest
Tag: SKATEBOADER THATS IT

Haters be hatin'.
More style in his little fanger than most.

"Judge, lest ye be judged!"

"More style in his little finger" ?? Go back to his blog and kiss his ass... He ain't settin no trends!!! And us in So Cal even know he's a barney!!

WOOOOOOOOOOOO........north cal vs. south cal. You guy's are so hard. Grow up, get lives and quit the pissin' contests D'BAGS.

The Barney comment comes from Max himself. You see all you clowns that kiss his bloging ass don't know the history. He had a crew of skaters that called them selves "The Nor Cal Barney's". Ask Max or anyone who skateboard during that time. As far as "SO CAL" that's my backyard. I grew up here, live here and will die here. I'm not hard, just down for mine and I agree with my Big Homie 9 and one half!

since everyone is so fearless on the internet, why not explain to us why he's hated so much? And really, grown men crying about style and creativity??? If you're doin your own thing and are stoked on it, who gives a fuck what others think. Remember its not a high school popularity contest, its just motorcycles .........
or is it?

I'm fearless without the internet Frank. I don't see any hate or anyone crying. Just because you have cool things doesn't mean you're not or can be an asshole. I know people who don't own motorcycles that are good people. And I have met a guy from up north who builds motorcycles that is a asshole. That's my opinion and I will post when I feel free to do so. Last I checked it was still a free society. I feel it's more than motorcycles Frank. It has a lot to do with who you are and how you treat people motorcycle or not. No need to explain most people already know why!

if he's an asshole than he's an asshole, plain and simple. I just think its a bit much puttin the guy on the spot in front of the whole world to see. He's doin his thing up there, let him have it. Besides, we got enough Barneys down here to deal with that we don't need to drag norcal into it haha

Understood Frank, but I think he knew what he was getting himself into by taking a gay ass photo like that. Nothing personal with Nor Cal or anyone from there. I have a lot of good people up in Nor Cal and some real good family from Oakland. So that this doesn't drag on anymore on the comments here it is. I MYSELF HAVE A PERSONAL PROBLEM WITH MAX THAT I WILL TAKE UP WITH HIM WHEN I SEE HIM!

most people ain't as creative as they like to think they are.