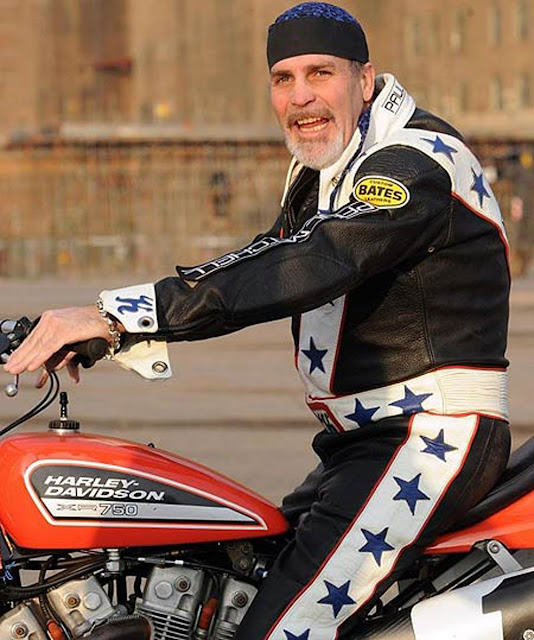 Sometimes it's crazy to hope the son will be the father.

Not to squash anyones image of Evel but he was from my stomping grounds here in Eastern WA. I have friends that knew Evel personally and without a doubt, the apple didn't fall far from the tree.

Jim Franco said...
This comment has been removed by the author.
12:37 PM

The guys got SOME of his father in him or he wouldn't be doing anything near as crazy as some of the shit he does! I'm from Washington, too so I might be a bit biased....I know I'm not tryin' any of this crazy shit...anybody here attempin' it?

There is a wtf to it, but much respect to him. I dont have the balls to do it.