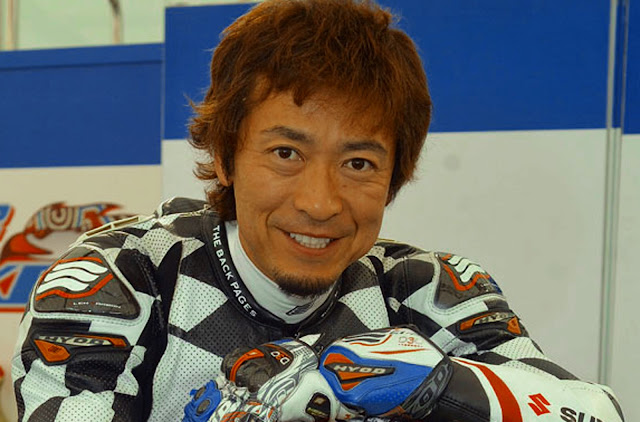 ACU Events Ltd regrets to announce that Japanese rider Yoshinari Matsushita, 43, was killed during the qualifying session at the 2013 Isle of Man TT Races in an incident at Ballacrye in the North of the Island. The session was immediately red flagged following the accident.
Yoshinari, from Saitama in Japan was an experienced racer who first competed at the TT Races in 2009. As well as competing regularly in the Superstock and Superbike classes he also finished 5th in the 2011 TT Zero for electric bikes. He was also 2008 Motegi Endurance race winner.
The ACU wishes to pass on their deepest sympathy to Yoshinari’s family and friends.
Gary Thompson, MBE, Clerk of the Course, ACU, commented:
“Yoshi was a really popular competitor who had a large number of friends in the TT Races paddock. He was a genuine and friendly character who always had time for everyone. He will be sorely missed.”
Posted by CHVRCH

Email ThisBlogThis!Share to TwitterShare to FacebookShare to Pinterest
Tag: Isle of Mann TT

ya this is the dark side of racing on the roads,RIP Yoshi

The writer Ernest Hemingway used to say that "Bullfighting and motorsports are the only true sports. the rest are pastimes" This was before the rise of real pro sports of course-now they're a way to make a living. But that's not why people go to I.O.M.