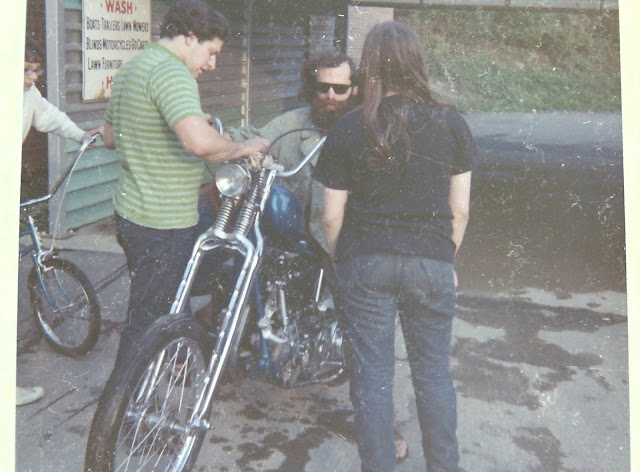 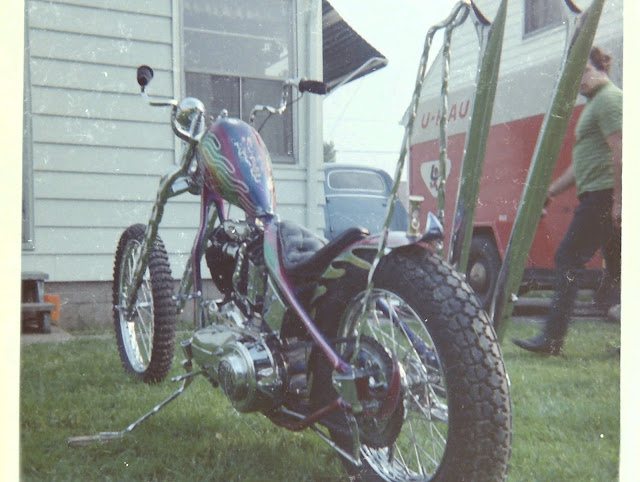 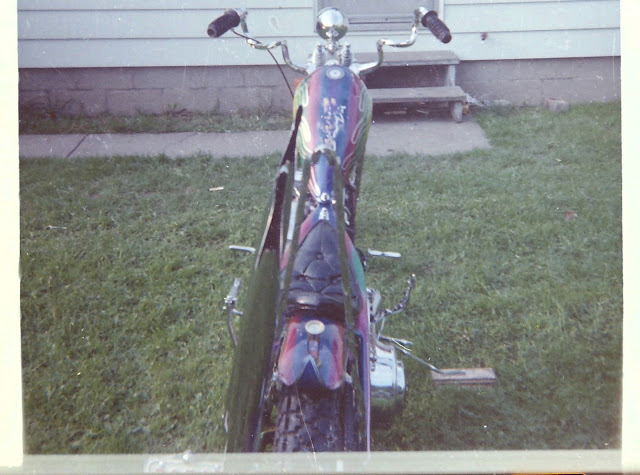 “...I don't know if your interested but here is a short history of the "choppers" in Erie in the sixties...   Around 1966 a guy named "Spesh" came home to Erie with his knucklehead that he built in California when he was in a club.  The only pics I could find don't show the knuckle side of the motor but you can get the idea how nice the bike was, that's spesh in the green shirt and I can't remember the guys name on the blue bike.  Back then that 21" knobby front tire and the rear tire on spoked wheels were the ones to have. So when me and my friend bob (with the gold bike) saw that California bike we knew we had to build our own and they had to be knuckles, we called panheads "tractor motors" back then... but right now i'd probably settle for a panhead.

Just so you know the atmosphere in the country, the vietnam war was ramping up and all the guys had the threat of death hanging over them.  With the draft, unless you were real lucky, you didn't have much of a choice, you either went to vietnam and got killed or you came back a drug addict... not much of a choice.   So some of us decided we would build our bikes and have as much fun as possible and that we did, without any thoughts of the future.  At the time there were only a few guys that had "choppers" Spesh, Bob, me, Phil, Crash and the guy with the blue bike... There were guys with triumphs and some other bikes but we all had a good old time.  Now it's good to see all the bikes and people riding them today but in the sixties it was a whole different scene when only a handful of guys had and rode choppers in Erie.”
Posted by Brett