You may have heard the name Adam Wright before. He’s the man behind the very popular magazines Road Course (#1 and #2) along with his latest creation, Hauler. I got to spend a few minutes with Adam. Just kinda threw some basic questions his way. 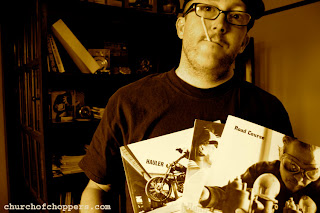 COC: We all know your latest works with Road Course and Hauler. What else have you done?

I’ve done stuff for Garage magazine. A while ago I’ve done stuff for Nissan and some other work for a newspaper. I also shot for this venture capitalist magazine, which was pretty trippy. It was cool because I was just a skateboarder and I was shooting CEO’s of Hitachi, Motorola. I got a long with them and it was fun being out of my element. I always did things I was never into. Now I’m doing things I like, but there’s trade offs.

If you’re smart you can… but I’m semi-retarded. I’m working on it. I’m not dead so I can’t complain. Eating, getting by. I consider myself lucky to shoot what I do. 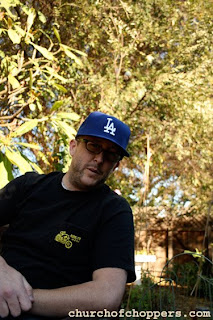 COC: What camera do you use?


I use this Leica. I use no flash and just this one lens. I don’t really care about the type of camera. I just use a Leica because all my heroes have used it. And its small. I used to shoot a lot of racing. Indy car, NASCAR, I could just hop around the pits and not worry about anything.


COC: How hard is it to use this old film camera compared to all the digital SLR cameras that are out right now?


You have to get used to it and have to stay on top of the light changes. If you don’t re-adjust you’re going to be fucked. I kinda do it the hard way, just for the challenge for myself. Not to try and be the guy that does it the hard way, because I don’t care.


I used to use off camera flash when I did magazine work. I used to use a wide-angle lens. Now in modern photography it’s getting to the point where if you have a fisheye, people just automatically think your photos are good. That just bums me out. I hate that.


I’m not doing anything that hasn’t been done before. But maybe the way I go about shooting the people. Like personally, the way I am, the way I act, I think it’s personally different. Maybe it shows up in the photos a little bit? 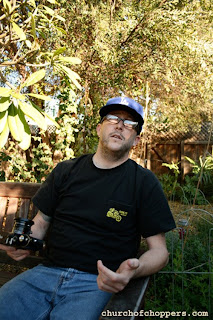 COC: I think it has a lot to do with the way you interact with people.


I shoot quick. I’m mostly hanging out the whole time with the people I’m shooting. Sometimes I’ll pick up the camera and grab a few frames.


COC: Seems like lately you’ve influenced a lot of other people to want to do a book, too. Kinda but like the Adam Wright book but…


…but GOOD? Ha ha ha. I heard and talked to a few people about it. I’m not sure what to think about it. I kinda wouldn’t say that I influenced them; maybe they just see now that its possible. I started doing it because I would shoot for magazines and they would edit my stuff, not that way that I wanted to do it.


I shoot kinda differently than anybody else. I’m not necessarily trying to be different or anything, I dunno. It’s hard to explain. I don’t know how to put it into words. I usually choose photos that might be strange. I like shooting photos without moving anything around. I kinda keep it raw. I don’t know if people know that, but… I can’t really explain it. I just do it how I want to do it. I tried to make it a little bit uneasy. 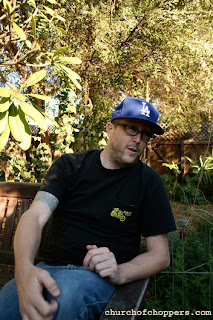 COC: How much film you go through?


Each one of my books, I shot it in 20 rolls of film. I shoot pretty conservatively, mostly because I can’t afford to buy lots of film. I have to do it this way. Maybe it works out this way, because it’s the way I was trying to do it in the first place.


I hear about people saying “that dude’s a nomadic photographer! He lived out of a back pack and he’s a raw photographer!” Then I find out they have website and went to art school, like Columbia or something. I’m not trying to be any of that; I’m just doing what I can. 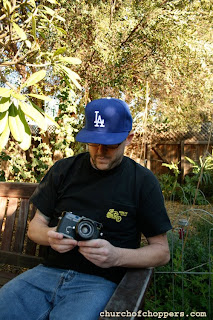 COC: So how come you don’t call them “books”?


I would never call them books because its not a photography showcase in my eyes. To me it’s a showcase of the people I’m shooting. If I were making a book, I would just choose all exceptional photos. Where as in my magazine I’ll choose a photo just because to me its strange; shows something cool about the person I’m shooting. 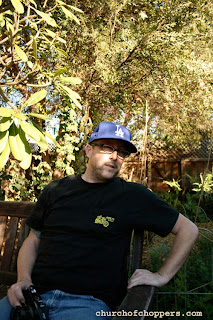 
I’ll the ride the hell out of anything. I’ll ride a Honda Spree, I don’t care.


Thanks to Adam for his time. He can be reached here: adamwrightphoto@yahoo.com

i can't lie...
adam inspired me to do a book as well.
i found that when i was shooting bike features, some of my favorite shots were made after the shoot.
just hanging out with my friends.
a.w. rules.

Even if Adam was not hungry his beautiful wife hung out and ate homemade soup. Yum.

I got all his books or mags or whatever I got every single one so far keep up the good work man.

Nelson, thanks for interviewing Adam.

Adam, it's great that you're making it happen - just doing it. That's worth so much.

Adam kicked my ass in the 3rd grade and made me drink my own pee pee. I have nothing but respect for that guy because he will still kick my ass. True artist in the form of film photograph and black belt in Brazilan Ju Jitsu.