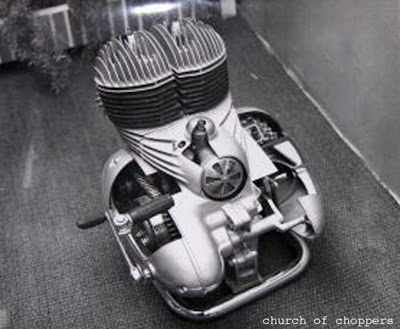 Email ThisBlogThis!Share to TwitterShare to FacebookShare to Pinterest
Tag: parts

Carbs are so un-aerodynamic, it's about time someone solved that. I'm sure this new technology will be setting records soon.

The onecylinder 250/353 with tje 12HP engine was better, by the 350 the cooling between the cyliner was not enough.

by the way, it can be older engine from Jawa Perak (till '54), because both were fast the same, except the gear and starter - on the serie 354 was together on one pedal,one the Perak were two. BUT: on 354/01 were two pedals on left side - so it's not so easy to find the the truth with this small foto of engine cut - It's jawa 350, that's sure: one of the prettiest engine in the motorcycle history.