Definitely a memorable place but easily gets forgotten since its on the other side of the bridge in the industrial part of Long Beach. But for many who work out there, it's a regular spot to get a really great sandwich. After spending the morning running around, we made a quick drive over the L.A river to Santa Fe Importers: 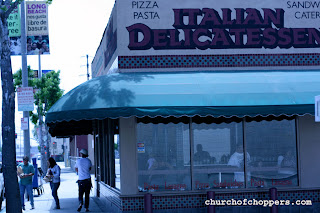 Around the time I had first moved to the Golden State, ChopperDave took me here. He was working just down the street and I remember tripping out on this place. It's been in the same exact spot since 1947: 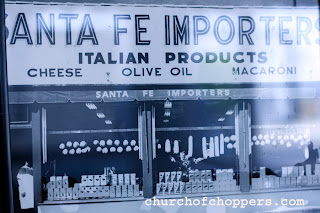 Not just a sandwich shop, Santa Fe Importers has a small selection of wine (you can actually drink beer there too, long as you're inside of course): 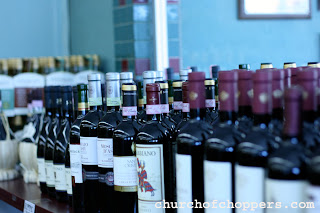 Two deli counters - one for cold sandwiches and sides, the other for hot sandwiches, pasta and pizza. There's also all kindsa other Italian delights. Desserts, imported olive oils, dried and cured meats, cheeses, you get the idea. Honestly, you would not expect to see this place on this side of Long Beach: 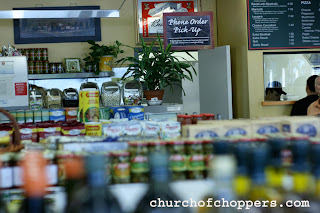 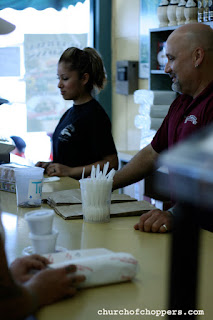 I had a small Special, which is on a 7" roll with imported ham, dry salami, cotto salami and swiss. A really great sandwich: 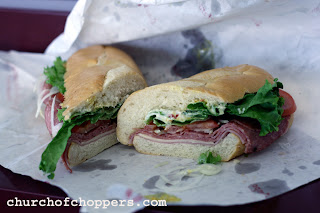 The ol'lady (that's biker talk, bro) had the extra lean turkey with swiss, which she thought was really good as well - "the lettuce was real green, tomato was real ripe, and the onions were sliced real thin so I liked it. It's got a mayo-mustard kinda sauce, that was good, and the bread was real fresh... but don't ask for substitutions cause you ain't getting it!": 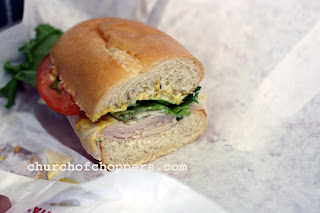 Just the sandwiches is like half the deal though. Gotta get sides. Always gotta have sides. Sandwiches with no side is like Hawaiian food with no rice. Among others, the antipasto and olives are fucking great. I could just eat a box of crackers with just olives and antipasto. The pepperocini in the antipasto is a god damn blessing: 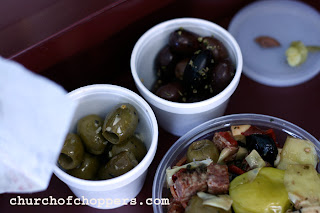 They're open everyday except Sunday. We should all get together and do a ride-to-Santa-Fe-Importers-for-lunch-Saturday sometime. What do you think? Lots of places to park on a Saturday: 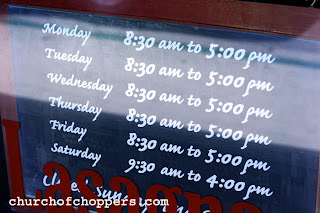 Either way I'll be back. 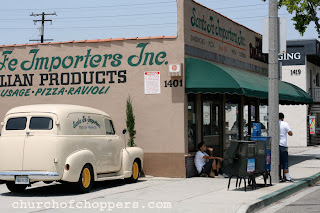 Again and again.
Posted by Nelson

Hey Nelson I'll go check it out with ya...It'll take me a few hours though..I'm up in San Jose!

Fuck I just got soooooo hungry!
That looks like some good food. Im down for riding over there next Saturday.

i use to get invites.

UUmm my ole stand by.... their hot shredded beef sandwich is the shit!!

By Hand and By Brain said...

just ate there thursday...right after a hairs cut-Go back anytime!!
+1 on the pepperocini antipasti!
J-

I love this place! The one on Seal Beach Blvd. is open on sundays.