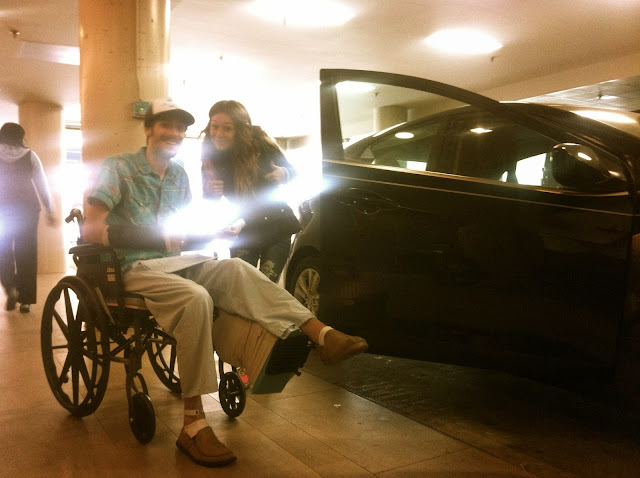 My buddy John and I went for a ride 5 weeks ago today.  After a good cruise and a stop back at my garage, he headed home to his place about 2 miles away.  On the ride home he ended up on the wrong end of an F150 who blew a light.  After multiple surgeries, we picked him up from the hospital on Saturday.  This photo is the first time he's been outside of the hospital since they put him in the ambulance.  John's got a positive attitude on the whole situation and is already looking forward to getting his next bike considering they never found the front wheel of his Triumph that he was hit on.  Be safe out there everybody.
Posted by D.Car

That's a win by any measure.

Im glad your friends going to be alright.

Thanks Jeff, much appreciated