If you were tuned in a couple Sundays ago, you would recall Leonard's and the malasadas we had there. 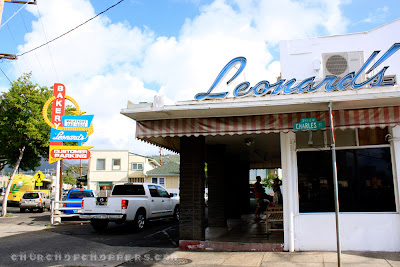 And yeah, I probably mentioned the break in the rocks. Rolled around in the water. Too lazy to do anything else. 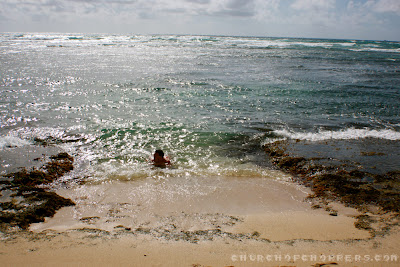 After we both had a good, solid nap and a stroll along the beach, we went back to Kapahulu Ave. in "town" aka Honolulu. Yup, I was back home alright. Easy to tell when you run into a bunch of PIG HUNTA stickers: 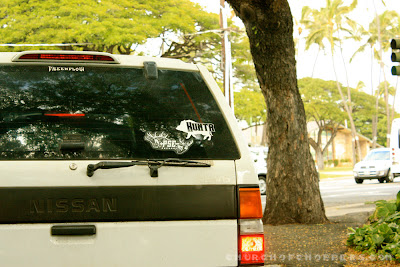 So my wife says, "let's check out Ono's for lunch, I seen it along Kapahulu...." Right when she said that, I had realized with the exception of eating at Waiahole Poi Factory several times on the east/windward side of the island, I've never had Hawaiian food outside of the 10 to 15mile radius of my hometown of Wahiawa. 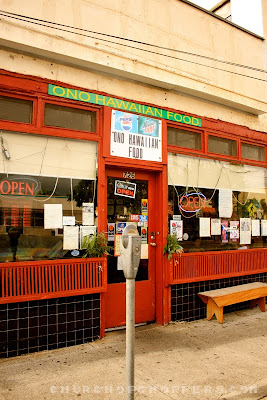 Almost 4 decades of being on this planet and I was about to find out: Wat? towniez can make good Hawaiian food too? By the looks of the interior of Ono Hawaiian Food, it felt like I had been going there my whole life. 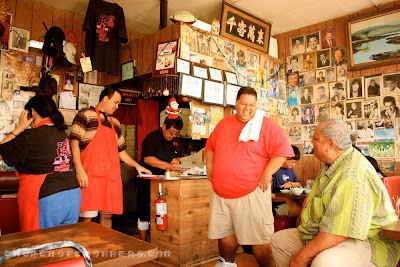 The place was packed. Maybe a tourist or two and a bunch of local guys. This guy brought his own pot so they could fill it with Squid Lu'au for his new years party that night. One younger patron commented to him, "eh, uncle! wen da pahty going staht tonite? I get my ukulele wit me!" And the big old guy responded, "in about 5 minutes bruddah..." 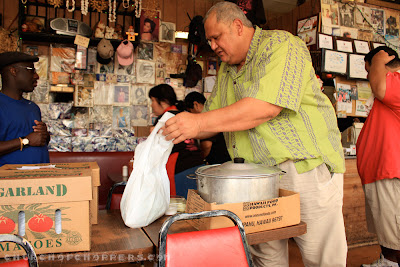 I was peeking at other peoples tables and so I had a clue as to how big the portions were. We just ate half dozen malasadas a few hours ago so we split the Kalua Pork/Laulau combo. 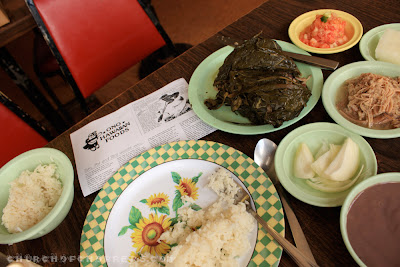 I started with the sweet onions. You dip the raw pieces of sweet onion in chunky Hawaiian salt. Might sound a little trippy to some of you but trust me, it's good. We ate it all during the course of our lunch. I actually had been jonsing for it a couple weeks prior: 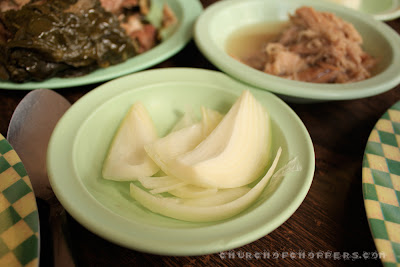 They weren't too generous with the portion of Kalua Pork but it was good. Slow smoked, shredded pork. This one was the "soupy" style. Sometimes it's slightly on the drier side. It was good, yeah: 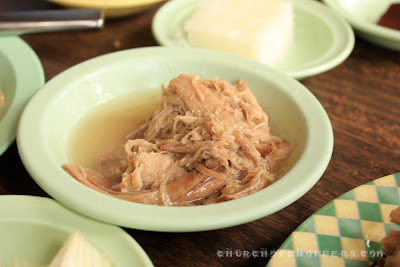 On the left is Lomi Salmon. Diced tomatoes, sweet onions, salmon, always served chilled with crushed ice. Goes perfect on top of your white rice... and a little bit of shoyu (soy sauce). It always compliments all Hawaiian foods. In the middle is our little bite of dessert, Haupia, which is coconut pudding. On the right is Pipikaula, which is Hawaiian style dried or smoked beef. It's sometimes referred to as Hawaiian Beef Jerky but it's much more than a tough snack from a plastic bag: 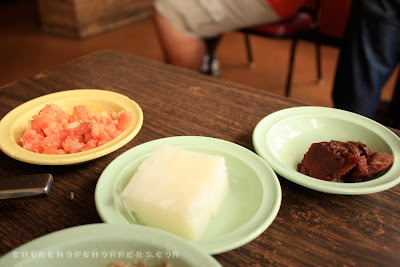 And lastly, the King of all Hawaiian Foods. Kinda like the Chicago Hot Dog or the NYC Pizza. Laulau, which is a big chunk of pork shoulder/butt (including a small cube of fat to moisten and lock in flavor), wrapped in tender taro leaves. The whole deal is then wrapped in Ti leaves when cooked/steamed.


Breaking one of these open back home is a pretty fucking jaw dropping, especially since this brown man has moved thousands of miles away to CA! Oh, fuck! how I've missed Laulau of this caliber: 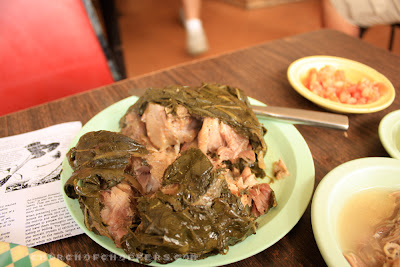 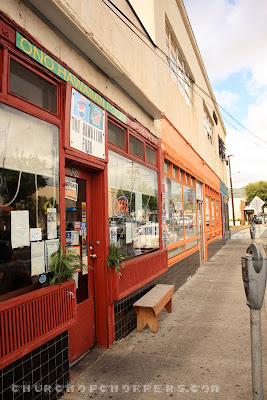 Email ThisBlogThis!Share to TwitterShare to FacebookShare to Pinterest
Tag: food, HAWAII, Off Topic

No fair, I gotta go and eat after reading that.

Wow! I ate there before - I remember sitting on the bench to get a seat - we sat near the window. I stayed at a B&B in Kailua for a week a few years back, and hung with some skaters at a lil' skate park there.
Kailua beach is the best. I jumped the rock at Waimea too - and walked to China Man's hat (low tide) I had forgotten about this place.

Holy shit Noot! that's pretty neat! I had no clue you had been to Oahu.

That reef around Chinaman's hat is full of sharks!!! I used to Kualoa Park almost every weekend and let our dog splash around.

So that's what that place looks like on the inside. Living on the west side of the island, I never went to Waikiki much.